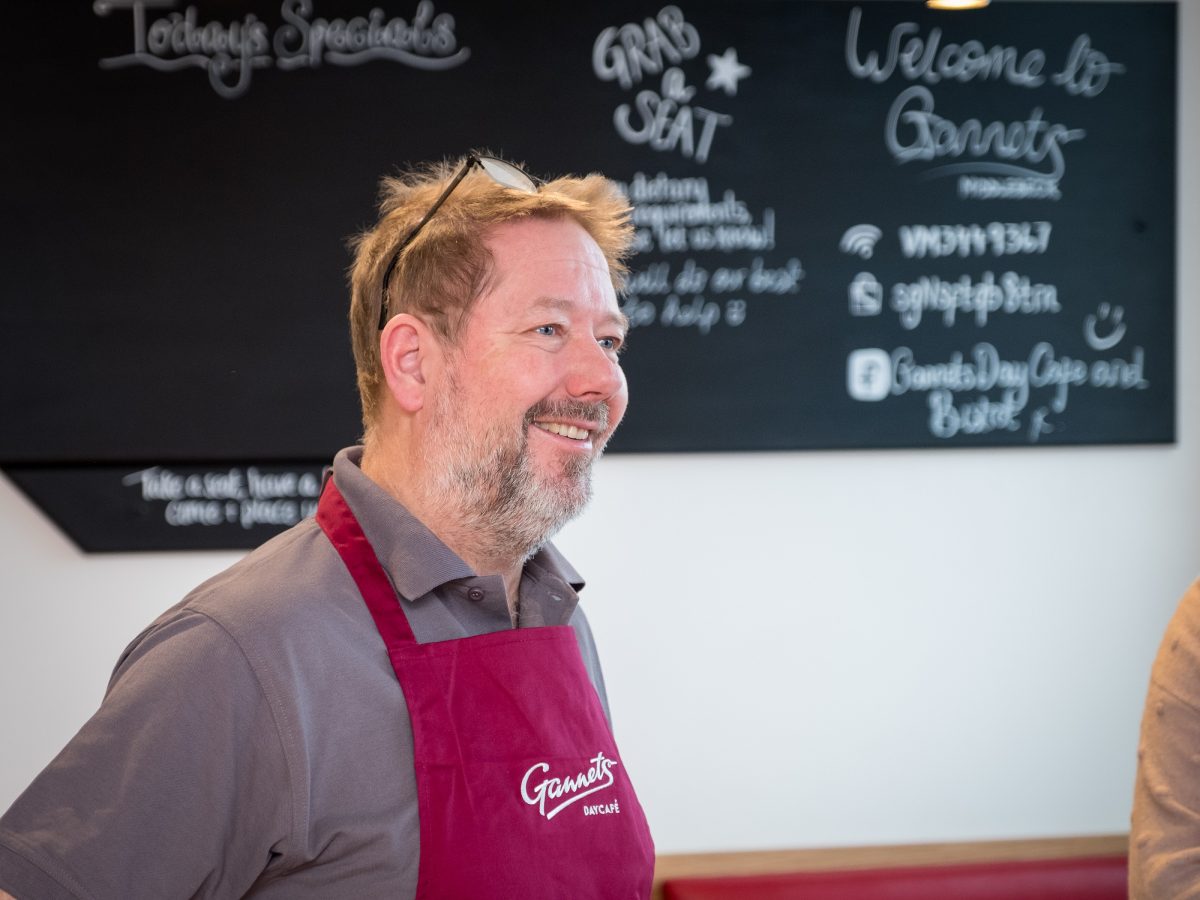 Newark eatery Gannets Café has opened the doors to its second venue at the growing neighbourhood of Middlebeck.

Located at the gateway of the new community and only a short drive from Newark town centre, the popular independent café welcomed its first customers, the residents of Middlebeck, on Friday 22 November.

It comes as part of master developer Urban&Civic’s plans to create a bustling hub at the heart of the neighbourhood, which in the future will also feature shops and a host of amenities right on the doorstep of residents.

Johanne Thomas, Communities and Partnerships for Urban&Civic said: “We’re delighted to officially host Middlebeck’s new café, Gannets. Its opening marks a pivotal moment for the development, as the café is the first amenity of several to be completed, with a primary school and convenience store among the wider plans for Middlebeck’s new community.

“We’re certain Gannets will become a popular focal point for both local residents and the wider Newark area. We look forward to welcoming the community for a cup of coffee and slice of Gannets’ signature carrot cake over the coming months,” she added.

Initially opening throughout the daytime from Wednesday to Sunday, the new venue will boast a contemporary design and will seat approximately 30 diners.

The café, which is run by Neil Stevens and his talented team, comes as the town centre venue celebrates its 40th anniversary in Newark.

Neil Stevens, owner of Gannets Café, commented: “Opening the doors to our new venue in Middlebeck is the perfect way to celebrate our 40th anniversary in the area, and we’re incredibly excited to welcome our first guests next week.

“Like Urban&Civic, we’re passionate about providing a high-quality service, and are looking forward to working closely with the Middlebeck team to offer the perfect place for residents and visitors alike to get together with friends and family.”

Once complete, Middlebeck will boast a new primary school, a café, shops, significant green infrastructure including a waterside promenade, walkways and cycleways, and formal open space and sports pitches, as well as over 3,000 new homes.

Formally known as Land South of Newark, Middlebeck is a 694-acre urban extension on the southern edge of the town.

Podcasts are perfect for keeping bored minds busy on a slow Sunday - we love the selection of children friendly podcasts on Podyssey for little ears. What are your favourite podcasts for children or adults? #StayHome http://ow.ly/uPuk50yVgx3 https://pic.twitter.com/gffAciTwfw

Up-cycling is a great way to keep you busy whilst improving the home! Have you completed any DIY projects? Show us your before and afters below #StayHome https://pic.twitter.com/jIYt7AW9ZV

Got no eggs in the house but still fancy baking? Try using mashed bananas, a can of coca-cola, or even chickpea water instead! What are your favourite simple baking recipes? #StayHome https://pic.twitter.com/mPkwb2PcFn

Beat the boredom with board games! What's your family favourite? #StayHome https://pic.twitter.com/t7sQwLopI5

Getting lost in a good book is a great way to pass the hours by why not start a book club with your friends and share your thoughts with each other online? List your top reads below #StayHome https://pic.twitter.com/hk3PzInSYJ

Make the most of more time at home by tackling that big spring clean Marie Kondo style! Sort through your wardrobe, organise the bathroom cupboard or clear out the garage. What's your favourite song to spring clean to? #StayHome https://pic.twitter.com/vuw2tzl0in

Not sure what to do this weekend? Pitch your tent in the garden for a staycation and share your camping snaps with us #StayHome https://pic.twitter.com/Qs6YoNGttX

It's a beautiful day to finally get around to sprucing up your garden! Get started by clearing beds and getting rid of those unwanted weeds. Share your green fingered tips below #StayHome https://pic.twitter.com/nYQztETUeU

Hello Middlebeck We know that these are strange times, but we're a close-knit community & we're here for you. Over the coming weeks we'll be sharing some advice to keep the whole family entertained while we #StayHome If you have any top tips please get involved & share below! https://pic.twitter.com/IG3SqEcz5h